On September 15, 2008—the same day that Lehman Brothers declared bankruptcy—Nobel-winning economist Joseph Stiglitz explained to The Guardian that “The present financial crisis springs from a catastrophic collapse in confidence. … Financial markets hinge on trust, and that trust has eroded.”

While trust in financial markets has recovered since then, the public’s trust in business has rebounded only slightly. Just 56% of the general population who responded to the 2019 Edelman Trust Barometer said they trusted business—not exactly high.

Yet at the same time, a large majority (76%) of people say CEOs should take the lead on change rather than wait for governments to impose it. The public expects more from business leaders while still feeling skeptical about their position and power.

“Some people are counting on business to solve a bunch of societal problems because they think that governments are not doing it,” says Henri Servaes, professor of corporate governance and finance at London Business School. “We have to be a little bit careful here. Ultimately, they still have to make money for their investors.” 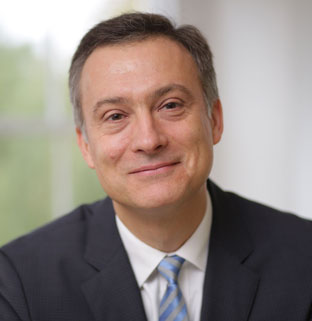 “Some people are counting on business to solve a bunch of societal problems because they think that governments are not doing it.”

Increasingly, CEOs are being forced by skeptical consumers to take a stand. “Luckily it’s not us versus them,” Mr. Servaes says. “Our research shows that by doing well for the environment, for instance, you can also actually do well for your investors.”

Mr. Servaes and his research team also found a link between a firm’s social capital and its ability to weather the 2008 crisis. Traditionally, a company might prepare for a recession by hoarding cash and paying down debts. But Mr. Servaes’ research published this year in the Journal of Applied Corporate Finance found that firms that had built up large reserves of social capital—a measure of an organization’s commitment to employees, diversity, community, human rights and the environment—weathered the 2008 crisis much better than those that did not.

“Not every firm is going to be in that position. … But the thing about social capital is it brings you three-quarters of the way there.” By this, Mr. Servaes means that social capital affected a firm’s stock performance after the crisis almost as much—about 75% —as having less debt.

That is an important effect, one that led to higher profitability, better gross margins and higher sales per employee during the financial crisis than firms with low social capital. “It’s another element of preparedness,” he says. “Any organization can invest in that immediately.”

Nicole Gillespie, a professor at The University of Queensland in Australia and an international research fellow at Oxford University’s Centre for Corporate Reputation, sees a singular focus of management on profits as increasingly disconnected from what customers, employees and the public care about.

“A common cause of trust failures that make the front-page news is a company strategy that prioritizes high levels of returns over everything else,” Ms. Gillespie says. “That’s no longer acceptable.”

When customers trust a business to do the right thing, loyalty follows. Mr. Servaes likes to employ a classic term from sociology to explain this effect. “One thing that became clear during the crisis is the concept of reciprocity—it really works. If you treat people well and then two years later you need them, they will actually take care of you. We found that very convincingly in our research.”

Benefits can extend to an organization’s ability to effectively recruit and retain employees, and workforce productivity rates. The key is to do more than just pay lip service to values through corporate social responsibility programs. Customers can tell the difference between a sincerely held belief and pandering—so executives must lead with sincerity and empathy when engaging with all stakeholders.

“Whatever [business leaders] communicate must be authentic. Trust is built by designing the company to be trustworthy.”

“Whatever they communicate must be authentic,” Ms. Gillespie says. “Trust is built by being trustworthy—competently delivering on commitments and responsibilities and being genuine Click To Tweet.”

But what really matters for building and sustaining trust, she says, is to ensure the firm is set up to meet the expectations of its stakeholders. Not just shareholders, but also customers, regulators, employees and the broader public. She argues that one of the C-suite’s essential jobs is to recognize the expectations stakeholders have of the company and then to measure its performance against these expectations.

“Without credible, regular information on how the firm is meeting stakeholders’ expectations, CEOs and boards risk being out of touch,” she says. “They open themselves up to reputational risk.”

Many leading CEOs have gotten the memo that a myopic focus on shareholders above all other stakeholders creates trust issues. In August, 181 members of Business Roundtable, an association of CEOs from leading U.S. corporations, released a statement redefining the purpose of corporations.

“While each of our individual companies serves its own corporate purpose, we share a fundamental commitment to all of our stakeholders,” the CEOs wrote. They affirmed the importance of delivering value to customers, investing in employees, treating suppliers ethically and supporting the communities in which their companies operate. “Major employers are investing in their workers and communities because they know it is the only way to be successful over the long term,” JPMorgan Chase & Co. CEO Jamie Dimon, Business Roundtable’s chairman, said in an accompanying press release.

Larry Fink, CEO of investment firm BlackRock and another Business Roundtable member, has been pushing executives to broaden their conception of corporate purpose for years. “Market uncertainty is pervasive, and confidence is deteriorating. Many see increased risk of a cyclical downturn. … Trust in multilateralism and official institutions is crumbling,” Mr. Fink wrote in his 2019 letter to CEOs.

For these reasons and more, he said, a company’s purpose should embody a set of values that unifies employees, management and communities. “Purpose guides culture, provides a framework for consistent decision-making and, ultimately, helps sustain long-term financial returns for the shareholders of your company.”

But CEOs must walk a fine line between ensuring shareholder value and meeting the needs of stakeholders. Overcommit to ethical practices, and they could siphon revenue from shareholders, potentially putting their company and jobs at risk. But do too little, and CEOs could betray the trust of customers and the public too.

“It would be one thing if they said we’re endorsing having the Delaware courts change this particular legal doctrine or we’re endorsing a bill in Congress,” Walter Olson, a senior fellow at the Cato Institute, told the New York Post in response to Business Roundtable’s statement. “It’s not really clear whether they’re intending to replace any part of the system or do the same things [as] before … but smile more.”

This is why actions matter most when building trust from the C-suite. Many leaders can easily sign off on a document promising greater transparency and accountability, but they will need to put the pen down in the event of a breach of trust. While a breach of trust is never desired, it can pose an opportunity to those who know how to navigate it.

Ms. Gillespie has studied dozens of such breaches of corporate trust. In her research examining how companies navigate these breaches, she found that many businesses rebounded and came back stronger than before. “The silver lining of a trust failure is that it creates a strong platform for change, and unleashes new ways of thinking and resources to redesign the company to be inherently more trustworthy.”

Still, “every trust failure that makes front-page news was predictable,” Ms. Gillespie says. “That means they were also preventable.” For this reason, building trust must begin with the culture and employees that make up your organization. With a clear value system understood by employees and incentives to adhere to it in place, bad behavior can be weeded out before it grows out of control.

“Every trust failure that makes front-page news was predictable.”

Mr. Servaes’ research finds no difference in value between internally and externally investing in social capital. In other words, when employees felt their employer was committed to them and to a purpose broader than profit, the company was in a better position to weather the recession. Building trust with both employees and customers comes down to the same thing, he says.

“When I teach executives, I always tell them they have to tell all their stakeholders a story: what the firm is going to do and what they want to achieve. If somebody tells the story without believing in it themselves, they won’t stay in the top position for very long.”

This article appeared in the Fall 2019 issue of Insigniam Quarterly, with the headline “2008 Hangover: Deteriorating Trust.” To begin receiving IQ, go here. Leaning Into Regret to Reveal the Next Step Forward