By natalie.rahnAugust 15, 2017March 4th, 2022No Comments
By Insigniam minute read

Lessons From the Battlefield 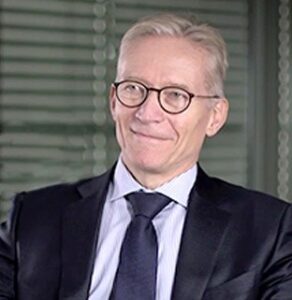 In the nine years that Lars Rasmussen has been CEO of Coloplast, he has racked up impressive accolades for both himself and the Denmark-based medical device and services company. In 2016, Coloplast was among Forbes’ top 25 most innovative companies, and two years earlier, Mr. Rasmussen was heralded as one of Harvard Business Review’s best-performing CEOs.

In an interview from IMD business school’s webcast series “The Learning CEO,” Mr. Rasmussen discusses some of his secrets for success, such as separating individual happiness from the health of the business, as well as the challenges he still faces, like getting employees to inform him of bad news—and quickly. It is an enlightening look into the mind of a CEO who has come a long way since taking on the role in 2008 as part of a turnaround directive to boost earnings. 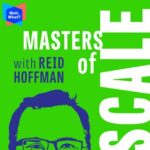 Reid Hoffman knows how to scale a business. The co-founder of LinkedIn and current partner at venture capital firm Greylock Partners has been nicknamed “The Oracle of Silicon Valley” and “The Startup Whisperer.” His latest endeavor seeks to share some of this wisdom, along with that of other successful entrepreneurs. Masters of Scale is a podcast hosted by Mr. Hoffman that features stories from guests such as Facebook’s Mark Zuckerberg, Netflix’s Reed Hastings and Airbnb’s Brian Chesky. The first episode explores how Mr. Chesky went from $25,000 in credit card debt to running a company valued at $30 billion, in part by following one of Mr. Hoffman’s favorite maxims: To scale your business, you have to do things that do not scale.

This Is Your Life: Conquer Your Commute

Your daily commute may be bad for your health. Studies have found that many Europeans rate their commutes as more stressful than their actual jobs, and having a travel time of 45 minutes or more could even increase couples’ chances of divorce. Here are some tips to better weather your travel time: