By natalie.rahnApril 26, 2017February 18th, 2022No Comments
By Insigniam minute read

Rarely is the path to success a straight line. To build a company with a long legacy of great products or services, leaders must be willing to take risks, innovate, evolve and, in some cases, completely change direction. Here is a look at the surprising and often humble beginnings of 10 of the world’s most well-known brands. Click To Tweet

In an effort to boost interest in the books he was peddling, door-to-door salesman David Hall McConnell started pairing them with homemade perfumes. When the fragrances proved more popular than his literary offerings, Mr. McConnell opened a perfume laboratory in Suffern, New York, USA which would later evolve into the $6 billion door-to-door beauty empire. 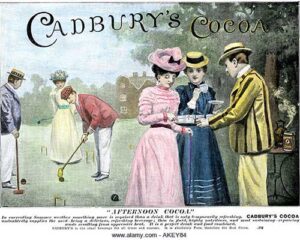 Cadbury: A Sweet for Sobriety

A Quaker who wanted to offer alternatives to alcohol, John Cadbury originally opened a grocer’s store in Birmingham, England that sold specialty tea, coffee and drinking chocolate (which he made by hand with a mortar and pestle). But when consumers’ appetite for the chocolate grew, he opened a factory and ditched the mortar for a commercial-scale production that grew into one of England’s most recognizable brands.

DuPont: Before It Invented Nylon

The U.S.-based conglomerate started with a bang in 1802: as a gunpowder mill founded by Eleuthère Irénée du Pont, a chemist who fled France during the Revolution. It dominated the gunpowder business for a century but was then bought by three young du Pont cousins who set out to transform the brand into a more diversified chemical company. In the late 1910s, they made the leap into textile fibers, which seemed like a good prospect since they were already in the business of cellulose-based explosives. 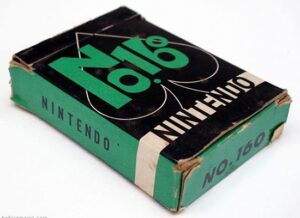 Gaming is in the Japanese company’s DNA, but in 1889 when Fusajiro Yamauchi founded the company (as Nintendo Koppai), it produced handmade playing cards. The company then landed in the hands of Yamauchi’s grandson, who branched out into a number of failed endeavors, including a taxi company and a hotel chain. Eventually, the company returned to playful roots and set its sights on video games, making its very own consoles by 1983.

When Finnish engineer Fredrik Idestam opened a second paper mill near the town of Nokia, Finland in 1868, a mini empire was born. A rubber and cable company then became part of the conglomerate. The cable company was the phone manufacturer’s first foray into telecommunications. In the 1960s it pivoted to electronics, creating radiotelephones for the army. It later helped create the Nordic Mobile Telephone service, the world’s first international cellular network, and eventually car and mobile phones for the network.

When William Procter, an English candlemaker, and James Gamble, an Irish soapmaker, married sisters Olivia and Elizabeth Norris, the two were in fierce competition for raw goods. Their new father-in-law, however, suggested they would find more success if they joined forces. More than 175 years later, the brothers-in-law’s business has grown into a $65 billion consumer goods global giant.

With only $25 in capital, Byung-Chull Lee launched Samsung Sanghoe, a Korea-based exporter of local vegetables, fruits and fish to China. Soon, Mr. Lee was able to expand into flour mills and confectionery machines. From that place of prosperity, Samsung started a subsidiary boom, including Samsung Fire & Marine Insurance and Samsung Everland. But it was Samsung-Sanyo Electronics, launched in 1969, that broke through on a global scale. 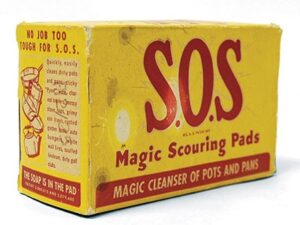 S.O.S. Pads: From Selling Out to Cleaning Up

Irwin Cox, a Wear-Ever Aluminum cooking utensil salesman, was looking for a way his customers could keep their pans clean and bright. So in 1917, he dipped steel wool pads into liquid soap in his basement and let them air dry. His wife dubbed his scouring pads S.O.S., or “Save Our Saucepans.” He eventually left the sales job to focus on the invention.

Toyota: Born Out of Textiles

Sakichi Toyoda was an inventor who opened the Toyoda Automatic Loom Works in 1926. Looking to grow beyond textiles—and with the urging of the Japanese government—Mr. Toyoda sent his son to investigate the emerging automobile industry in Europe and the United States. Upon his return, the pair opened an auto department that eventually became Toyota Motor Co.

Wrigley: From Freebies to Fortune

William Wrigley Jr. began his career selling baking powder. But when the gum sticks he gave away with each sale garnered more buzz than the baking powder, he decided to make the product his full-time focus. By combating a stereotype that only women should chew gum and launching the United States’ first national direct-marketing campaign, Mr. Wrigley built a company that now has an annual revenue of more than $5 billion.