By natalie.rahnAugust 14, 2017March 4th, 2022No Comments
By Insigniam minute read 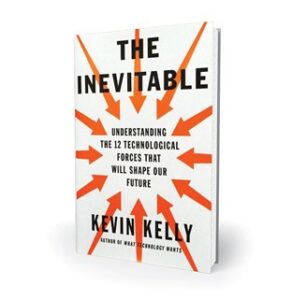 The Inevitable: Understanding the 12 Technological Forces That Will Shape Our Future by Kevin Kelly. Viking, 2016.

There is no better time to be a creator than right now, says Wired co-founder Kevin Kelly in The Inevitable. “This is the moment that folks in the future will look back at and say, ‘Oh, to have been alive and well back then!’” It is hard not to catch his unbounded optimism when reading the book. Virtual reality contact lenses? Holodecks? Artificial intelligence as ubiquitous as electricity? Not only are these advancements possible, he declares, they are inevitable. Follow Mr. Kelly’s imaginative ride to stay ahead of the curve. 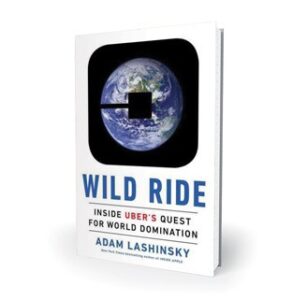 If you have read all the news in the last several months about Uber and its controversial former CEO, Travis Kalanick, you may think you already have a good idea of what goes on inside the company. But Adam Lashinsky sets out to prove there is so much more beneath the surface. The Fortune executive editor has been reporting on Uber since its inception, and it shows in Wild Ride. His detail-oriented, imagery-rich journalistic approach will make you feel like you know Mr. Kalanick personally and is particularly interesting given the company’s recent headlines. The book also tracks the company’s skyrocket trajectory—and, yes, recent scandals. “Uber is the most fascinating business story in the world right now,” Mr. Lashinsky has said. “Period.” 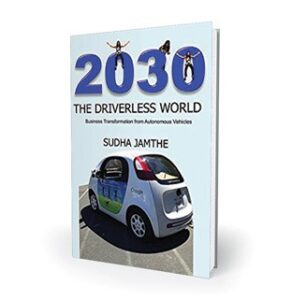 Imagine this scenario: You are walking down the street when a passing commuter has a heart attack. After you call for emergency services, a drone suddenly arrives from the hospital with a defibrillator. An EMT appears on the drone’s video screen and explains how to use the defibrillator while you wait for the ambulance to arrive. This is just one scenario in our future that Ms. Jamthe, an internet of things business instructor at Stanford University’s Continuing Studies Program, envisions in her book 2030 The Driverless World: Business Transformation From Autonomous Vehicles. “Autonomous does not necessarily mean taking the existing car and making it drive itself,” she told IQ. “It could be a drone, it could be a vehicle in a different form that we didn’t imagine—but it’s going to change. It’s going to focus on solving problems that we have just learned to live with.” 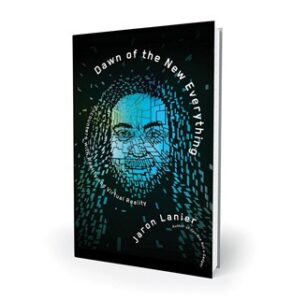 Dawn of the New Everything: Encounters With Reality and Virtual Reality by Jaron Lanier. Henry Holt and Co., 2017.

Who better to expound on virtual reality (VR) than the man who is credited with both pioneering the technology and coining the term? While Mr. Lanier has been publicly critical of Big Tech and other manifestations of the digital era for the past few years, Dawn of the New Everything heads in a different direction. Mr. Lanier explores how VR can actually enrich our lives and foster a greater understanding of one another (for more on this idea, see Agents of Change on page 60). You will also gain some personal background on the man who is often revered as a visionary, including his upbringing in New Mexico’s UFO territory.