The last quarter of 2015 was the most challenging in Mexican restaurant chain Chipotle’s history, according to the company’s founder, chair and co-CEO, Steve Ells. And who would argue with him? The company suffered several hits after two E. coli breakouts were discovered in its restaurants, including a federal criminal probe into its food safety practices launched earlier this year.

To reverse course, Chipotle has announced a cultural transformation around food safety. Among its proposed new practices: high-resolution DNA-based testing of ingredients before they are shipped to Chipotle locations, changes to how some items are washed, and new internal training.

“[B]y staying true to our food culture and unique people culture, and layering on our rigorous food safety program, we are confident that we are now in a position to aggressively welcome customers into our restaurants and restore customer confidence in the things that make Chipotle great,” co-CEO Monty Moran said in a February press release. 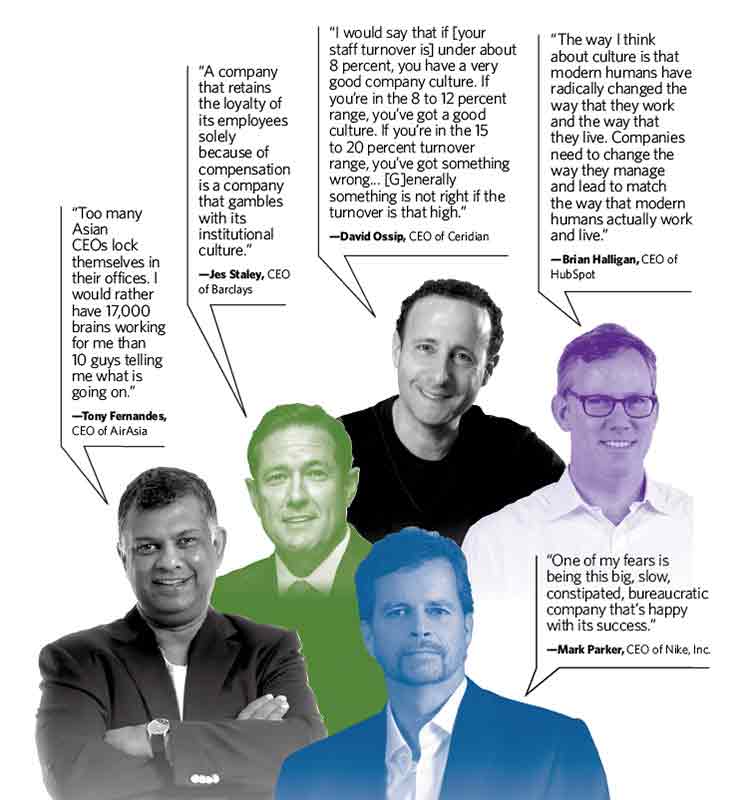 How to Run a Company with (Almost) No Rules

In this TED talk, Ricardo Semler, CEO of Brazil-based Semco Partners, describes how his organization’s culture is based on complete transparency, autonomy, and a democratic structure. The goal is to organize for what he calls “an age of wisdom.” It is a structure that encourages employees to cut their workweek short if they meet their goals early in the week, does not track where or when they are working, and allows the cleaning crew to vote on the board.

Mr. Semler’s approach to culture does not end with where he works, however. He also discusses how he extends these ideas to his personal life and even to some of the schools in Brazil.

Hiring: Is The Playing Field Even for Everyone?