By natalie.rahnSeptember 9, 2018March 18th, 2022No Comments
By Insigniam minute read 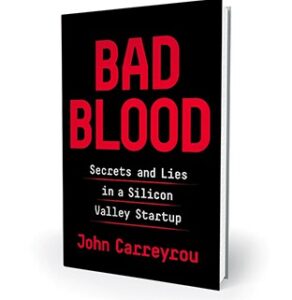 She drew frequent comparisons to Steve Jobs. She graced the covers of magazines, a self-made billionaire with a purportedly revolutionary blood-testing service. Inc. declared her “America’s new entrepreneurial icon.” Elizabeth Holmes was riding high a few years ago while leading her health care startup Theranos. Then she and the company came crashing down to earth, offering a rude awakening to investors and board members (the latter included bigwigs such as Henry Kissinger and former U.S. senators). Bad Blood unveils the full story behind Theranos’ precipitous fall from grace. Holmes is now charged with 11 counts of wire fraud and conspiracy to commit wire fraud. If you do not want to add another book to your reading list, just look out for the movie version—there are talks of a forthcoming film starring Jennifer Lawrence. 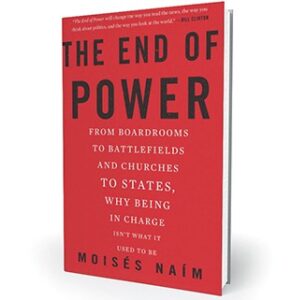 The End of Power: From Boardrooms to Battlefields and Churches to States, Why Being In Charge Isn’t What It Used to Be. By Moisés Naím. Basic Books, 2014.

“In the twenty-first century, power is easier to get, harder to use—and easier to lose.” This is the fascinating and perhaps alarming premise of Moisés Naím’s book, recommended by everyone from Mark Zuckerberg and Arianna Huffington to former Brazilian President Fernando Henrique Cardoso. The End of Power examines how the global power landscape has shifted from a few megaplayers to what Mr. Naím calls “micropowers” and how this has played out in the realms of business, religion, education, war and peace. One example: Today’s nimble startups can create fissures in long-standing corporate behemoths with greater ease than ever before. For anyone tasked with steering a large business, this is a book bound to provide useful insight. 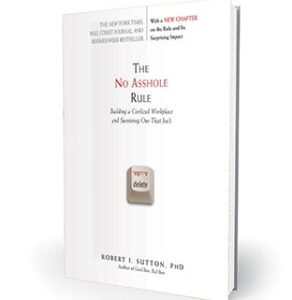 The No Asshole Rule: Building a Civilized Workplace and Surviving One That Isn’t. By Robert I. Sutton. Business Plus, 2007.

No matter your industry or role, at some point in your career you will have to deal with a difficult co-worker or manager. In this bluntly titled book, Stanford professor Robert Sutton offers a battle plan. Keeping problematic people around is not an option, he says, because they are not just hurting a few people’s feelings—they are costing your business money, killing overall productivity and causing good employees to leave. If you do not believe him, start by checking out the “Total Cost of Assholes” measurement tool he included in the book. And if you find the book’s title off-putting, Mr. Sutton understands. But, as a colleague of his wrote after the author proposed the title, “I agree that while potentially offensive, no other word quite captures the essence of this type of person.”