Game changers do not appear overnight.

But Kate O’Keeffe believes that with the right people from the right organizations in the same room, 48 hours can do the trick. Two years ago, she created Cisco Hyperinnovation Living Labs (CHILL) to shake up the conservative corporate R&D world through a two-day peer-to-peer prototyping process.

At its core, CHILL’s approach might seem paradoxical: It brings big players in an industry together to help them evolve and compete in the broader marketplace. But the challenges facing companies in today’s economy are more likely to be solved collectively, says Ms. O’Keeffe, CHILL’s managing director.

“Increasingly, large corporations have humility when it comes to their ability to respond to some of the challenges that we’re facing,” she says.

The idea is to give cross-functional teams spanning multiple organizations full creative license and access to technical talent, strategic partners and seed capital. And despite its name, CHILL is anything but relaxed. Over two grueling days, lab attendees participate in an aggressive prototyping process that pushes groundbreaking concepts to the forefront. So far, different labs have focused on supply chain digitization, retail, health care and blockchain.

“Years before an opportunity in a particular area shows up in an investor or analyst article, it’s bubbling away in the minds of the key leaders in that space,” Ms. O’Keeffe says. “It’s that level of freshness that we’re looking to bring to the lab.”

IQ recently spoke to Ms. O’Keeffe about how CHILL brings senior executives together, and the ground rules that drive collaborative innovation.

IQ: Why did Cisco support the creation of CHILL?

Kate O’Keeffe: It was really linked to the growth that we were looking to generate from transitions in the marketplace around the internet of things (IoT). We were finding that even companies driving great innovation were being hampered by the fact that their entire industry wasn’t coming with them. A space like IoT does not favor first movers—it does not favor emergent innovators. It’s all about the connections between people and companies and things, meaning that you really need the entire industry to come with you at once. From that concept came the idea of CHILL, which is really about bringing together cohorts of different large corporations from a particular industry, or relevant to a particular innovation, and delivering a repeatable process whereby those large corporations can innovate together.

IQ: Once you get the right people in the room, what happens?

Most of those prototyping rounds take place by 2 p.m. or 3 p.m. on day one. By then, the team is starting to narrow its focus on a particular zone—a particular innovation, business model or concept. And what we find is that many teams undertake a major pivot from what they want to focus on around dinnertime on day one. It’s a huge opportunity to recalibrate and make sure you’re focusing on the right areas.

After dinner, there’s one more build cycle, and before those teams go to bed at the end of the night, they need to make sure the build teams have a very clear understanding of what needs to be built. Then the build team spends most of the night building a high-fidelity prototype that is functioning.

The list of companies that have participated in a Cisco Hyperinnovation Living Lab since they began in 2015 is impressive—and growing.

IQ: What does CHILL bring to the table for partner organizations? What makes industry-leading companies want to get involved?

KO: It’s tough to have all of the competencies and capabilities that are needed to respond to the demands of the marketplace within one business. So CHILL is very much a peer-to-peer or shoulder-to-shoulder style of innovation. These large corporations are not innovating for Cisco. We are innovating together and looking to drive joint investment and joint outcomes. Every party that joins a living lab signs an agreement that covers the confidentiality of what we’re working on and discussing. More importantly, everyone signs an intellectual property agreement that stipulates that whatever we’re creating as part of this process can be shared by participant organizations.

CHILL was born out of the idea that we had this two-day prototype process by which large corporations could sustainably innovate together. But what we’ve discovered that’s much more powerful goes beyond that process. What we’re seeing is often the parties that are involved in a living lab form much deeper and longer-term partnerships that allow for joint innovation to be routinely explored.

IQ: How do you identify which issues to tackle in CHILL labs?

KO: Everything we do in CHILL is driven by this idea of doing as a form of learning. So, as opposed to the corporate paradigm, which is about clever thinking, clever analysis and clever PowerPoint decks, we favor a light-touch approach when it comes to talking and thinking, and a high-touch approach when it comes to building, exploring and putting things in front of customers or users. So to select the zones of focus for the labs, we start off with a hypothesis and a series of questions that lend themselves to a cohort-based or industry-based approach to innovation, and then we test them with Cisco customers. The feedback that we get helps us determine what labs are going to be about.

For example, we were going to do a lab in the smart manufacturing space about a year and a half ago. We were working with Airbus in preparation for that lab, and Airbus was really more interested in exploring conversations around smart supply chain. So we pivoted.

KO: What makes it disruptive comes from the willingness of the different corporations that are joining to volunteer their most senior leaders to participate. We’re very demanding. The rules of engagement for the companies that are joining a living lab is that everyone who needs to be involved in an innovation decision—whoever would need to sign off on a joint innovation partnering agreement or an investment—needs to be physically in the room with us in order for a company to qualify to be part of this experience. It’s fundamental to how we can move so quickly. 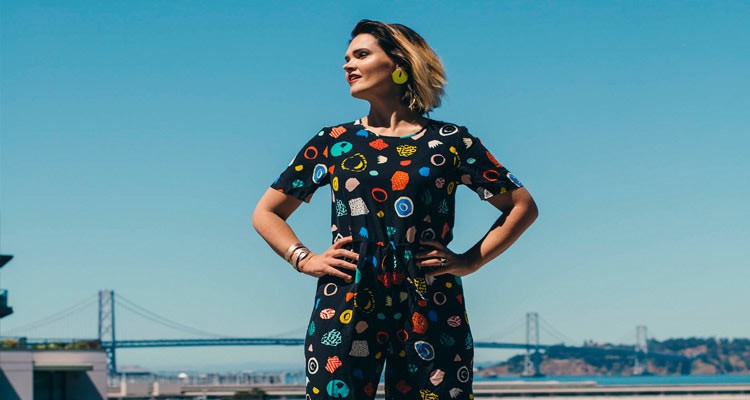 IQ: Can you provide an example of a success that has come out of a living lab?

KO: During the supply chain living lab, there was a team that spent a lot of time on day one prototyping concepts around price elasticity, looking at whether your ability to get things earlier or later made you comfortable paying a different price. And they did a beautiful job of being able to prototype effectively with the end-user group. At the end of day one, it really dawned on them that what they were working on wasn’t possible without data-sharing between corporations. So the team pivoted to focus on an open data-sharing platform between these different parties along a supply chain.

This platform is about gaining intelligence at the edge of the supply chain. Current participants are Cisco and DHL, but it’s likely to expand. An example of the kind of data that might be shared is service level agreements (SLAs) relevant to the freight being carried. We’re trying to answer questions like: If DHL knew that Cisco would fail to meet an SLA with an important customer, with financial penalties attached, would that empower DHL to make better decisions about the lengths it might go to deliver the freight on time?

IQ: What makes these companies so willing to share key insights with one another?

KO: To be perfectly honest, there are many corporations that aren’t willing. We talk to a lot of corporations that are interested in this but find the process itself, the need for sharing and transparency, to be a stumbling block. It requires a level of innovation maturity that is unusually high.

We often say that CHILL is not about the theater or the drama of the moment. Click To Tweet It’s not an opportunity to learn about a topic area or a battlefield. These are real companies that are investing together to explore a topic shoulder to shoulder. For those companies that do walk this path with us, it’s usually a thirst and passion for a particular battlefield that we’re exploring that brings them along.

IQ: What advice do you have for executives looking to spur this kind of innovation in their own companies?

KO: Think about how innovation disruption can bridge the operational side of your business and the strategic investment side. To what degree should a disruptive trend or zone of focus be explored through the strategic investment part of your business versus the operational part of your business? To what degree does it require both? What does it require for your operational leaders to take a hands-on look at what they would need in order to respond to that future? CHILL likes to think that it’s a bridge between these two parts of your innovation portfolio.

IQ: How do you think CHILL and its approach to innovation will impact the tech sector—and the wider marketplace—in the near term?

KO: We’ll be looking at the future of media, the future of work, the energy-mobility nexus and artificial intelligence within the next 12 months. We recently held a living lab about securing the supply chain including Citibank, Intel, GE and DB Schenker, a large outsourced logistics provider. When you have muscle of that magnitude all together in one room, you can shift from the idea that you’re there to take a market and start considering whether you’re there to make a market. We can make decisions in that moment that can change the way an entire industry functions. Our last lab on supply chain brought together companies with a combined value of $600 billion. That starts to give you a sense of the opportunities companies have when they come together.