Decoding the DNA of a Winner

In a refurbished shoe factory in the southern Chinese city of Shenzhen, a nonprofit called BGI Group has what might possibly be the most capacity on earth for sequencing genomes, meaning the process of reading and deciphering the genetic information in the DNA of living things.

But at its founding in 1999, BGI — an organization that now has just shy of 5,000 employees worldwide — was scraping together donations of time and money to complete China’s 1 percent of the Human Genome Project, the famed international effort to map genes in the sum total of human DNA.

All startups go through shaky periods, and this was one of the shakiest in the short history of BGI, then called the Beijing Genomics Institute.

“Trying to complete even 1 percent of the human genome without external support from government and charity foundations sounds ridiculous and mad,” says Yingrui Li, the 27-year-old CEO and managing director of BGI Tech, the organization’s genomics sequencing arm. “Yet it was done.”

To deal with the issues, BGI’s founders used techniques that, while common in free-market societies such as the United States, aren’t as easy to find in China’s still-emerging blend of capitalism and communism.

Take financing. BGI’s founders raised a bit less than $10 million to get the enterprise off the ground, according to Forbes. But rather than going to the government or state-run banks, BGI executives sought out friends, family, and even their employees.

“It is what we currently call crowdsourced funding,” Li says. “All employees were proud to be unpaid for over a year, and they donated their own pocket money to get the project done.”

And just like many startups across the ocean in Silicon Valley, BGI ran on fumes while it undertook the Human Genome Project, putting the job at hand before profit.

“This is, to the best of my knowledge, one of the first companies that was founded to burn money for the common good, instead of earning money,” Li says jokingly.

Today, BGI’s humble beginnings seem like eons ago, especially for the sequencing unit that Li runs. Since moving to Shenzhen from Beijing in 2007, BGI has acquired more than 120 powerful machines to handle sequencing, each machine separately worth an estimated $500,000 at the time of their 2010 purchase, according to Newsweek. Those machines, published accounts say, may give the company more genomic sequencing muscle than the entirety of the United States.

“It’s hard to think of who is second best,” says Dr. George Church, a Harvard genetics professor who has been a consultant to BGI Group since 2007.

Eyes On The Prize

At the heart of everything BGI does, Li says, are its efforts to stay innovative (click to tweet this!). One example is in BGI Tech’s embrace of young people not only for its workforce, but for its management as well. Li just turned 28, and many of his fellow senior managers are close to 30. The workers who handle sequencing duties are generally in their 20s.

“It is much easier to get things done when you successfully convey to these young scientists that this is going to be cool,” Li says. “That works much better than using standard corporate jargon and telling the troops you’re going to promote them afterward,” he adds.

“Being innovative and tolerating trial and error is one of the most important factors for survival, if not the most important,” Li says (click to tweet this!). “A lot of young people are being trained at BGI. They are granted independence in [running] different projects with instructions from people mostly at the same age or a bit older. This can mean fun, naturally open communication, and an easier learning curve.”

Experts say a key trait of companies with entrepreneurial cultures is a willingness to let employees experiment and try new things, even if their ventures don’t work out.

“If there are huge penalties for failure, [workers] won’t take on risks and won’t be creative and innovative,” says Dr. Rajiv Shah, program director for the Systems Engineering and Management Program at the University of Texas at Dallas. “Companies that don’t focus on individuals, that aren’t open to change, tend to have problems.”

Shah advocates using a relatively flat management structure to keep a company on the innovation edge.

“The frontline people, especially knowledge-based employees, are the ones with creative ideas,” – Dr. Rajiv Shah, program director, system engineering, the University of Texas at Dallas

“We don’t like the idea of being a typical company where titles mean something,” Li says. “Being the CEO more or less means you are the captain of a soccer team and should take more responsibility simply because everyone is counting on you. I feel more comfortable this way, and I believe the atmosphere and the gifted nature of the new generation creates a positive environment.”

In a similar vein, the bedrock of the company’s culture is an egalitarian ideal. “Trust and tolerance are important,” Li says. “You see people as equal.”

In keeping with a culture that eschews titles, BGI also has an open work setting. “No one in BGI has an individual office,” Li says, which includes the company’s co-founder and CEO, avowed mountain climber Wang Jian, who turns 60 this year.

Joan Xu, an Insigniam consultant based in Hong Kong, notes that, “This innovative culture is extremely remarkable for BGI and BGI Tech, in that it is brewed organically in China and is distinctively different from cultural norms, which is to stay quiet, make money, and be compliant.”

“To date, every major move of the BGI Group has been a breakthrough, from participating and completing the Humane Genome Project to audaciously moving into the capital market,” says Xu, who notes that BGI has also lead regulatory reform to speed up the application of genome information that impacts healthcare and disease prevention. 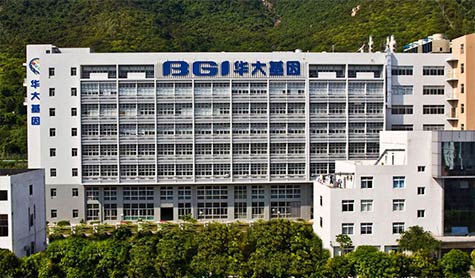 To be sure, BGI Tech is an extraordinary growth mode, and could be for some time. Harvard’s Church notes that the price of genetic sequencing has come down dramatically in the last nine years as the biological sciences have started catching up with the revolution in electronics.

“Most of us have never experienced this level of price change,” Church says of the sea change engulfing genomics.

That, of course, means that the falling price of genomics sequencing services will presumably make this offering from BGI more affordable to industries and consumers alike over time. And that should make it faster, easier, and more affordable to do things like find genes and understand how the genome works as a whole.

All of which means the future could hold some fast growth years for BGI Tech, which experts like Shah say can present challenges to enterprises that want to keep a creative — and competitive — edge.

For instance, companies that want to stay innovative need to find a balance between managing core products that are big revenue generators while simultaneously encouraging employees to look for the next big thing, according to Shah.

“You always have to have an engine of growth,” he says. “You manage your mature products like a traditional business, with more structure … but that shouldn’t stifle continuing research, development, and innovation.”

For his part, BGI Tech’s Li maintains that the enterprise is squarely focused on remaining creative as time goes forward.

“Every year we look at some key aspect of the company, such as organization, business scope, or planning,” Li says.  “Then we try to break structures to identify potential new opportunities.”