One of the things that makes video games so addictive is the constantly morphing landscape: surprising twists, new technology and unexpected—sometimes nefarious—characters disrupting the environment.

It’s not all that different from today’s business world, especially when you’re a retail powerhouse trying to survive in an era of mobile gaming and digital downloads.

So when GameStop Corp., with $9 billion in annual sales and more than 6,000 stores around the world, started losing market share to online rivals, it took action. First, it beefed up its Spring Mobile and Simply Mac retail locations from 150 to more than 1,000. At the same time, executives made a dramatic shift in the sales strategy for core GameStop stores, expanding into the $30 billion market for licensed entertainment merchandise. This meant stocking up on everything from T-shirts and key chains to figurines and other branded items.

This array of “loot” (as gamers call it) became a part of the company’s diversification strategy, pulling in a new customer base and triggering the launch of a line of standalone stores that is projected to help boost sales by $500 million over the next three years.

“What was once an experiment in Australia has turned into a rapidly growing global business,” says GameStop’s CEO, Paul Raines. “Based on the success we’ve seen, we will continue to dedicate more space in our GameStop stores to loot merchandise.”

The company also inked a big deal in June 2015, spending $140 million to acquire Geeknet, the parent company of ThinkGeek, an online retailer with a vast array of clothing, gadgets, toys and figurines. “The addition of Geeknet is an important expansion of our global multichannel platform,” Raines says. “We’re excited to leverage their product development expertise to broaden our product offering in the fast-growing collectibles industry.”

This grand experiment into the collectibles market kicked off in 2013, when the company’s franchise marketing team suggested GameStop offer T-shirts and collectibles tied to the release of the newest Call of Duty video game. The company tested the idea with a limited line, and sales proved strong. That came as no surprise to Michael Mauler, president of GameStop International, who heads the company’s multichannel international retail business across 2,100 stores in 14 countries. The deeply fragmented marketplace has no real retail leaders, leaving a wide-open space for GameStop. 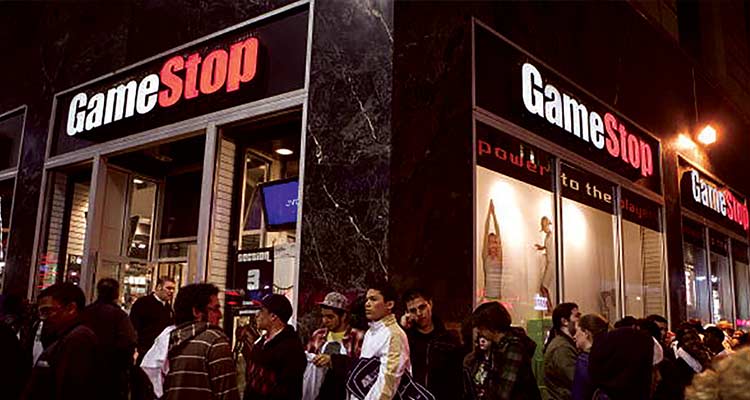 So Mauler and his team did some digging. They surveyed sales associates as well as the company’s 40 million loyalty-club members about whether they’d like to see other merchandise in the store and what they would buy. Armed with that data, Mauler and his team expanded the collectibles mix beyond video games to include merchandise tied to movies, TV shows and toys. They backed the launch with an ad blitz and marketing outreach to loyalty members—all while keeping a close eye on financial results. “We set internal measures around sales and margins to determine whether the collectibles were delivering an ROI,” Mauler says.

Indeed, a steady turnover of new merchandise, an increased average number of items purchased in one transaction and strong margins proved the new product line was working. And by tracking sales data, the retailer was able to hone its strategy and better understand what drives purchasing decisions.

For instance, the GameStop team discovered that customers were more interested in specific icons than in product categories. If they came in looking for a Star Trek T-shirt, they weren’t going to buy a Marvel T-shirt, but they might buy a Star Trek key chain or pizza cutter. “We found that it was all about the IP [intellectual property], not the individual product,” Mauler says. “So it became really important that we pick the right IP.”

To ensure it made solid choices, the company hired “loot champions” and sent them to various Comic-Cons, toy fairs and other events to track trends and pick the best products for the stores. As it improved its understanding of the market, GameStop scaled up these offerings. By the end of 2014, all 6,600 stores offered collectibles, with most featuring a 12-foot “loot section” of ever-changing products.

Yet tackling the collectibles market proved far more complicated than sticking to video games. “With video games, there are three key vendors—Sony, Nintendo and Microsoft—and most products come from the top 10 vendors,” Mauler says. This was not the case in the world of collectibles.

Every piece of pop culture can have its own line of licensed merchandise and product owners. That translates into a far more complex network of vendors and licensing agreements that can shift with every new release or twitch in pop culture tastes.

Before long, the 12 feet of retail space dedicated to “loot” became too constrained. “The numbers told us that this could be a standalone store,” Mauler says. So in 2014, GameStop opened Zing Pop Culture, its first standalone collectibles retail location, in Australia. It was instantly popular, and not just with GameStop customers. Early store data showed Zing’s customer base was 60 percent women and families, compared to 30 percent for those customer segments at GameStop stores worldwide. 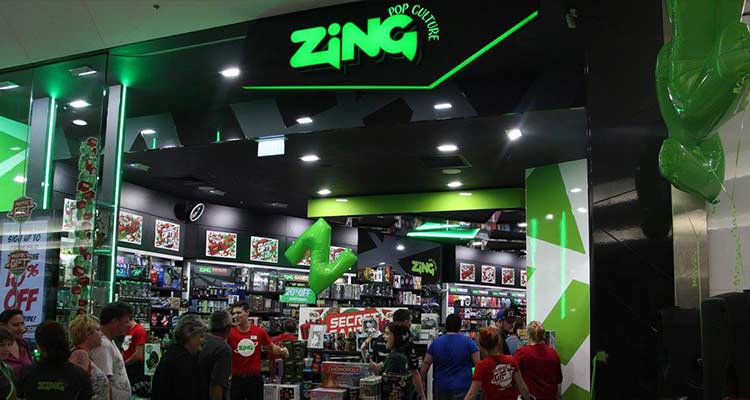 The response was strong enough that the company opened several more stores that year. Steady sales and better-than-expected margins followed, especially over the holiday season, the retailer’s busiest sales period. GameStop continued expanding in 2015, with 35 standalone stores in Australia and several new sites in Europe.

Then the company turned its attention to the U.S. market. Company leaders considered expanding Zing stateside, but rather than introducing the relatively unknown brand to U.S. consumers, they decided to acquire a brand already known to GameStop’s largest consumer demographic in the United States: ThinkGeek. Another advantage? The online retailer owns scores of licenses for popular pop culture memorabilia. “It was a way for us to bolster our competitive position in a highly fragmented category and gain instant market share,” Mauler says.

With the acquisition of ThinkGeek in June 2015, GameStop began charting its expansion strategy in the United States, opening the first standalone ThinkGeek store in September 2015 near Disney World. Since then the company has debuted additional U.S. stores and expects to continue that increase throughout 2016.

Driven By an Agile Culture

Not every company would have been willing and able to undergo such a radical strategic transformation, but according to CEO Raines, GameStop prides itself on a driving commitment to change, relentless innovation and a deep understanding of the consumer marketplace. And the company’s culture provides space to experiment and fail—which unlocks unorthodox ideas and supports their implementation.

“It’s a place where we have the freedom to try new things to see what works,” Click To Tweet without worrying about people pointing fingers if an idea fails, Mauler says. He credits that agile and supportive culture with helping the company transform its business model in a relatively short amount of time. “We have a saying at GameStop: The internal rate of change has to be faster than the external rate of change.”

By starting small, talking to customers and using financial metrics to justify expansion, GameStop not only generated new lines of revenue, but it also found a way to stay relevant in an ever-changing marketplace.

ThinkGeek isn’t the only acquisition GameStop has made in hopes of expanding its customer base and bottom line. The retailer isn’t afraid to take risks on ventures that complement its core business—whether they’re relatively established or just starting out. Here are three companies GameStop has recently brought into its fold: