The scene would have been unimaginable as little as a decade ago. At this past fall’s Health 2.0 conference in Silicon Valley, Bernard Tyson stood on the stage and exhorted audience members to fundamentally upend an industry. His industry. “Many of you are hoping to innovate and disrupt the health care industry. And I am actually looking forward to your great success in totally turning the health care industry upside down,” Tyson told the attendees, a mixture of big and small tech players as well as representatives of a cross-section of health care companies.

It’s not unusual in the least to hear people in Silicon Valley cheerlead the upending of even the biggest of industries. From banking to real estate to retail, disruption fueled by innovation and technology is at the core of the valley’s ethos. But what made this call for disruption in health care so notable was the person who made it. Far from being a scrappy entrepreneur, Tyson is the chairman and CEO of Kaiser Permanente, the health care consortium with $50 billion in annual revenue and a network of 19,000 physicians serving nearly 10 million patients in eight states and the District of Columbia. 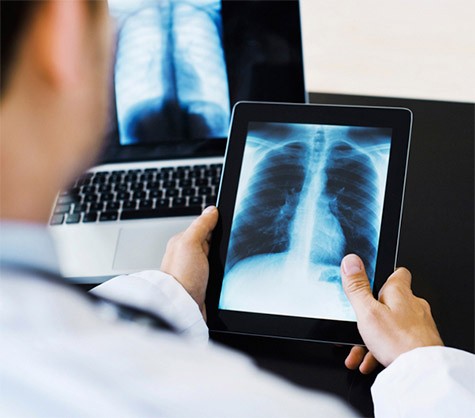 Nor is Tyson the only health care executive who has mounted the Health 2.0 stage to cheer on tech disrupters. At an earlier conference, Mark Bertolini, chairman, CEO and president of health insurer Aetna, cheekily prefaced his presentation by stating,“I’ll show you some pretty cool new technology that we’re using to empower health systems to put insurers out of business.”

To put it mildly, the CEOs of Aetna and Kaiser Permanente were not the sort of speakers who addressed the first Health 2.0 conferences in 2007. Launched with the mission to identify and harness so-called Web 2.0 technologies — think cloud-based, user-friendly software platforms like Facebook that enable social sharing — to engage and improve health care for practitioners and patients alike, Health 2.0 originally attracted mostly tech companies such as Google, Microsoft Health, and WebMD.“It wasn’t the health care establishment paying attention at all,” says Indu Subaiya, co-chair and CEO of Health 2.0, which today hosts a series of worldwide conferences that bring together health care and tech leaders and runs an intelligence service that tracks thousands of new health technology companies. “Slowly, over the years they learned if they weren’t paying attention to this, they realized their business would fundamentally change for the worse.”

Obviously, much has changed since those first conferences. There are already countless examples of technology altering and improving the patient experience and health care delivery. In many ways, says Subaiya, the technology that is making an impact follows the classic disintermediation model that, in the past, has allowed people to make their own plane reservations without a travel agent and manage their savings and investments without a banker.

“There are a whole number of companies that call themselves the Uber of health care, helping make a connection to a doctor faster and easier,” she says. She cites the example of Doctor on Demand, which enables consumers willing to pay a small fee to have a 15-minute virtual consultation with one of the thousands of physicians in the company’s network. “That concept of having immediate access to a doctor is going to be radical in terms of changing things.”

Subaiya believes patient empowerment via technology will only grow in the future and, in many instances, will be key in helping health care providers improve care. For instance, patients with sensor-enabled smart phones will do everything from monitor their heart rate and blood pressure to administer a high-quality EKG or eye examination. “Companies like Ginger.io use the phone to track whether you are at risk of depression or suicide because it knows if you left your house over a period of days,” she says. When all of this patient data being generated is shared with doctors and nurses, it can be acted upon to alter and improve care on a day-to-day basis. Technology then instantly makes patients an integral partner in their own care.

But individual data generated by patients represents a single aspect of technology’s promise for improving health care delivery and the patient experience. Kaiser Permanente is just one of many providers to use data analytics to examine and alter its approach to what’s broadly known as population health management. “Whether it’s a hospital administrator or doctor or health plan or executive, it’s impossible to look at data from thousands of people to find patterns and say, gosh, of all the patients I have with diabetes, 40 percent aren’t where they need to be. What can I do?” says Subaiya. “Or, if you’re a health plan you can see that doctors in your network are prescribing services that are costing a lot of money but aren’t delivering results. Tools that allow mass data examination and data visualization will become increasingly important.”

“THERE ARE A WHOLE NUMBER OF COMPANIES THAT CALL THEMSELVES THE UBER OF HEALTH CARE, HELPING MAKE A CONNECTION TO A DOCTOR FASTER AND EASIER. THAT CONCEPT OF HAVING IMMEDIATE ACCESS TO A DOCTOR IS GOING TO BE RADICAL IN TERMS OF CHANGING THINGS.”

The examples go on and on — witness the Mayo Clinic’s use of iPads to monitor their heart patients as they make the transition from the hospital to their homes, or clothing that tracks people’s heart rates, breathing, and calories burned. While exciting in many ways, the advent of so much technology poses real challenges to health care leaders charged with identifying and implementing tools that will provide genuine benefits. “Executives face information overload,” says Subaiya. “They know there’s a lot of innovation out there, but they just don’t know where to begin.”

One place to start, she says, is with some rigorous self-examination. What exactly do you want technology to accomplish? What problems does it solve? How does it help doctors and nurses provide the kind of care they want to deliver? “A huge piece of advice is to look for inefficiencies in your system that frustrate employees and consumers,” she says. At MD Anderson in Houston, notes Subaiya, there is a small department of innovation whose mission is to observe how the business runs and identify hurdles and irritants that could be addressed with technology. “Before you rush out to buy the latest new technology, study your own culture and create a department that doesn’t necessarily need to be part of the traditional org chart and that reports very high up in the organization,” she says.

Actually pinpointing technologies that can be helpful is also a challenge leaders face. Fortunately, there are plenty of avenues to search out what is new. Subaiya recommends executives take a close look at what early-stage investors are supporting as well as the kinds of companies that are working with digital health incubators, including Rock Health and Healthbox. Subaiya says it can also be helpful to keep an eye on the grants the federal government awards to innovative health technology startups. But don’t be limited by geography. “Tomorrow’s innovative startup might come out of Bangalore, India, not SiliconValley,” she says. “Educate yourself and be open to innovation and don’t expect it to come to you.”

Wherever the technology idea comes from, though, Subaiya believes executives need to be clear that there’s something more substantial there than just an idea. “You have to examine technologies carefully for data. Have they been tested in situations that resemble your own environment?” she says.

Companies, including Health 2.0, offer vetting services so that leaders can be sure that technologies have gone through the appropriate validation steps and been tested with actual patients. When a promising technology is identified, Subaiya suggests experimenting with it in your company. “Executives and leaders need to be willing to experiment in small ways. You don’t have to go crazy, you don’t have to make a big splash. You can try something in small groups and share what you learn.”

There are two other major temptations Subaiya says are important for leaders to resist when evaluating and implementing technologies. One is the notion that your operations are so unique that only a custom-made solution will get the job done. “Nothing frustrates entrepreneurs more than having a good product and going into a hospital or insurance company and having them make it completely their own in a way that doesn’t allow you to share data and connect with the rest of the health care system, which is so important in health,” she says. “When making a decision about implementing a solution, really ask yourself if you have looked out there to see if there is something that is close enough that exists? We see so much reinvention of the wheel, it’s staggering.”

In a more general sense, Subaiya insists that executives considering health care technologies need to embrace a big-picture perspective. “Don’t make shortsighted decisions around technology that promise you market share at the risk of compromising quality,” she says. For instance, Subaiya would warn against embracing a technology that would limit doctors to referring patients only to specialists within their network. “While that is a tool that can help an executive technically claim they kept dollars within their system, it may not be a tool that helps patients get the best care,” she says. Instead, promoting the greatest levels of transparency and choice should guide executives. “Because at the end of the day, that will drive better outcomes and allow you to have the reputation you want to have.”