A common axiom says that true innovators take risks and push ahead undaunted in the face of criticism, challenges and competition.

Their relentless faith in themselves, their ideas and their teams is the sort of mindset that got humans to the moon and back again. But for every initiative that changed the course of history, millions of others failed spectacularly or slowly petered out while anxious executives kept spending—unable to cut their losses.

Back in 2007 Nokia was the world’s leading mobile phone manufacturer—responsible for 40 percent of all mobile phones sold in the world. But its mobile phone division had tanked just seven years later. Executive leaders, married to their past, poured more and more resources into Nokia’s proprietary operating system while Google’s and Apple’s platforms took over the market. Nokia was simply unable to admit defeat.

Nokia’s executives fell into the sunk cost fallacy. It is a widespread tendency born out of the desire to recapture losses, save face and convince ourselves and others that our instincts were right, says Freek Vermeulen, professor of strategy and entrepreneurship at the London Business School.

“The escalation of commitment that leads to sunk costs is driven by many human biases,” Mr. Vermeulen says. Whether a company is designing a product, acquiring a company or hiring new talent, the instinct to keep pushing ahead despite multiple red flags can have devastating consequences. “Once we’ve invested time and money in an idea, future decisions are more influenced by what we’ve already done than by what is in front of us.”

“Not wanting to waste money should never be a business rationale for continuing on the wrong path.” 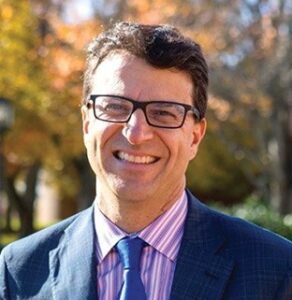 And here is the kicker: The sunk cost fallacy does not only trap individuals—it can trap entire organizations. A paper published last year in the journal Psychological Science found that people feel the need to honor other people’s sunk costs as well. That leads to a collective decision-making mindset that is difficult to avoid and dangerous.

The IT realm is especially rife with sunk cost traps, says Michael Roberto, a professor of management at Bryant University. Companies spend so much time and money choosing a platform and vetting vendors they cannot admit that technology has since evolved or their needs have changed. Or they cling to legacy systems they have invested in for years rather than cutting bait and moving on.

Moreover, an executive may understand she is making irrational choices but still fail to course-correct. “It’s painful to cut your losses when you are invested in an outcome,” Mr. Roberto says. “It is not just about the money. It becomes an emotional commitment.”

A more social dimension of the sunk cost challenge is what Mr. Vermeulen calls “pluralistic ignorance.” It is not uncommon for big ideas to have dissenters who recognize strategic errors or implementation mistakes. But they often stay silent, assuming the rest of the team is supportive. This can result in situations where the majority of stakeholders are privately against an idea while they seemingly support it.

“Dissenters are often surprised to discover others felt the same way,” Mr. Vermeulen says. Even Nokia had dissenters, but a “shoot the messenger” mentality among senior leaders caused them to stay silent even as the company spiraled downward.

Learn to Let Go (of the Past)

So how can business leaders sidestep the cognitive biases that lead to the sunk cost trap, without becoming overly risk-averse?

“It requires more than just awareness of the problem,” Mr. Roberto says. To avoid the sunk cost trap without becoming too impulsive, companies need a corporate culture where dissenters feel safe to speak up and formal methods that encourage alternative opinions to be voiced before mistakes are made. Striking the right balance starts with the following six rules, drawn from Mr. Roberto’s and Mr. Vermeulen’s insights.

One of the most vivid and tragic examples of the sunk cost trap is the infamous 1996 Mount Everest disaster, immortalized in Jon Krakauer’s Into Thin Air. Climbing teams pushed to the mountain’s summit dangerously late in the day and just as a powerful storm swept in. “They knew they were in trouble, but they had already put so much effort into the climb, they couldn’t turn around,” Mr. Roberto says.

To avoid getting too emotionally invested in finishing, whatever the cost, he recommends defining clear conditions and protocols for cutting your losses before the first dollar is ever spent. “Otherwise, once you take that ‘first step up that mountain,’ it will already be too late.”

Business leaders often come up with an investment idea first, and then go looking for the justification to secure funding, Mr. Roberto says. This can cause them to make biased assumptions about the idea’s potential benefits that are not grounded in evidence or reality.

He points to the example of NASA justifying the $209 billion space shuttle program by assuming its shuttles would fly 50 times per year. This was totally unrealistic. “The assumption wasn’t based on whether it could be done; it was made because that was how they could get the funds,” he says. While the space shuttle program was groundbreaking, it flew only 135 missions in 30 years.

When stakeholders plan a project, Mr. Vermeulen says, “their commitment to its success escalates.” They become so emotionally invested in the outcome that they can easily begin to overestimate the benefits and their ability to overcome obstacles. They cannot make unbiased decisions about whether to move forward—nor should they, he says. Instead, the final decision about whether to pursue an investment or initiative should come from a separate and impartial party, such as the CFO.

Once an initiative is in progress, periodic milestone reviews allow investors to reassess original goals, review progress to date and retest the feasibility of achieving the desired returns as a condition of moving forward. But again, these reviews should not be conducted by project owners lest their biases seep in, Mr. Roberto says. “You need someone who comes from outside of the team to evaluate progress.”

Mr. Vermeulen points to the famous example of Intel co-founders Andy Grove and Gordon Moore lamenting the fact that faster, leaner Japanese chipmakers were putting their company in danger of bankruptcy.

During that meeting, Mr. Grove asked Mr. Moore what he thought would happen if an outsider took over Intel. Without missing a beat, he said they would get out of the memory business. The sudden epiphany caused the founders to shake up the company, pivoting the business from memory chipmaking to microprocessors.

Donning the shoes of an outsider can help executives look at the status quo with unbiased eyes and trigger a more objective perspective, Mr. Vermeulen says.

Ray Dalio, the billionaire founder of hedge fund Bridgewater Associates, famously attributes his company’s success to a culture that invites employees to express dissenting opinions even when talking to the boss. He tells the story of receiving an email from an employee who criticized him for coming to an important client meeting ill-prepared. Instead of firing him, Mr. Dalio shared the email with the company’s entire staff, asking for similar feedback.

A culture where everyone is encouraged to share dissenting opinions respectfully and constructively is the best way to avoid the sunk cost trap.

This kind of open and honest corporate culture allows companies to vet every idea, even ones coming from the CEO. A culture where everyone is encouraged to share dissenting opinions respectfully and constructively is the best way to avoid the sunk cost trap. If you do not have that kind of culture, however, Mr. Roberto points to a shortcut for getting dissenting opinions into the mix: Assign a devil’s advocate to every team. No matter how many people in the room support an idea, this person’s job is to challenge assumptions, point out flaws and shine a light on the risks no one is talking about, he says.

Make sure to rotate the position regularly, though. “Otherwise your devil’s advocate will quickly become a broken record,” and people will tune them out.

Instead of framing each strategic investment decision as a yes-or-no scenario, avoid binary choices altogether. Ask what else could be done with the resources in question. “When people have only one option, they often double down,” Mr. Vermeulen says. “But when they are forced to consider other options, it reduces the risk of escalating commitment and broadens the conversation.”

Reframing the conversation in this way forces decision-makers to think about how shifting time and money to other initiatives might deliver more value. “It gives people the opportunity to imagine what else they might do,” Mr. Roberto says.

None of these techniques is easy to deploy. But the more investment conversations focus on risk and value, the easier it will become to see which projects are truly worth keeping alive and which should be left to die on the vine.

And one straightforward tactic for uncovering the right way forward should not be overlooked: Ask the team why they believe further investments in a foundering product or service are warranted—“and then listen for cues in the answers,” Mr. Roberto says.

If team members talk about learning from mistakes and how they are going to move forward, that suggests a future-focused team with a vision for success. But if they talk about not wanting to waste the time and money already spent, that should raise alarms, he says.

“Not wanting to waste money should never be a business rationale for continuing on the wrong path Click To Tweet.”

This article appeared in the Summer 2019 issue of Insigniam Quarterly, with the headline “Cut Your Losses Right Now.” To begin receiving IQ, go here.