Random acts of innovation rarely reap rewards. For any initiative to deliver real value, it must be connected to the larger organizational cause. “Investments in innovation are nebulous unless you tie them to business strategy,” says Zack Gipson Click To Tweet, chief innovation officer, United Services Automobile Association (USAA), San Antonio. And organizations must hold innovation executives accountable for making that link.

We spoke with three chief innovation officers about how the long-term strategies of their organizations drive the how, what and why of their decisions. 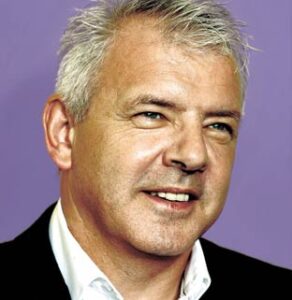 It can be easy for innovation teams to get distracted by new technology. But if it does not align with the company strategy or meet the needs of customers, it does not add value—or meet the goals of the innovation group at Avis Budget. “I am much more impressed by what the technology enables versus what it is,” says Mr. Sunners.

He admits he was skeptical when he first took the job: “We didn’t think of ourselves as innovators, and we didn’t take a lot of risks,” he says. And he was not convinced an innovation group could change that.

Eighteen months later, he has a different view—but it has been a journey. Mr. Sunners spent his first year defining what innovation means to Avis Budget. It was not about being cool or simply implementing the latest tech. Instead, Mr. Sunners realized that by thinking in terms of disruptive innovation, his team could transform the car rental customer experience and improve the working life of Avis Budget employees. Those two goals became Mr. Sunners key responsibilities within the organization, defining every step he and his team have taken.

“If an organization is really interested in change, we have to recognize people for being innovative rather than for delivering operational efficiencies. That’s how you make innovation part of what people do every day.”

“We are making broad changes that have a real impact,” he says. For example, to help improve employee satisfaction, Mr. Sunners and his team put the rental process on a tablet, allowing Avis Budget staff to serve customers outside of the tiny airport kiosks. “Our staff can now deal with customers in line, which reduces queue times during high traffic periods,” he says.

When it comes time to share ideas, he quietly develops prototypes. Mr. Sunners says doing so better demonstrates the work his team is doing. “A single prototype is worth hours of explanation,” he says. When his team came up with the idea of putting the rental process on a tablet, for example, it built a prototype tablet and presented it to the chairman and COO. “In five minutes he made a booking and immediately saw the benefits it could bring to the company.” That kind of enthusiasm cannot be garnered with a PowerPoint presentation, he says. “People have to be able to see and feel the change before they will embrace it.”

Delivering ideas, products and services that improve both the customer and employee experience is a lofty goal. So Mr. Sunners taps employees from across the company to find out where the pain points are—and for suggestions of where Avis Budget could improve. “If someone has a good idea, and solid use case, we go for it,” he says. Recently, a junior IT employee suggested the innovation team create a mobile alert system for customers whose flights are delayed to let them know that the car will be waiting for them. “It was a simple step to remove stress for customers,” he says. Avis Budget already tracks flight information related to customers, so it had access to the data and the back-end infrastructure already in place. The team just needed to add an alert.

The true success of the idea comes down to customer satisfaction—and the signs are promising. Initial tests were so good the team took it to market in Europe in 2016, with plans to roll it out worldwide in 2017. The app has already won the company’s Chairman’s Award, providing some well-deserved recognition to the IT employee who first came up with the idea.

“It’s important to over-celebrate early wins because it encourages everyone to innovate,” Mr. Sunners says. “If an organization is really interested in change, we have to recognize people for being innovative rather than for delivering operational efficiencies. That’s how you make innovation part of what people do every day.” 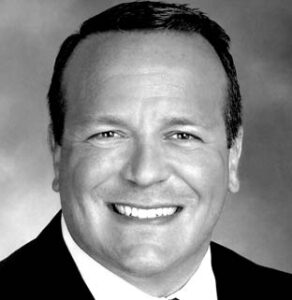 USAA is out to deliver an exceptional customer experience. And it is certainly well on its way. In August, Forrester’s 2017 U.S. Customer Experience Index named the organization a “best-in-class brand.” The financial services company also led the pack in several categories, including credit card providers and auto or home insurance providers.

Keeping customer experience at the core of the business is the responsibility of every employee, including Mr. Gibson who has led USAA’s innovation efforts since 2015. His primary responsibility is to ensure excellent customer service to people who serve in the U.S. military and their families. It is a customer base that comes with unique challenges. Service members are often on the move—transferring from station to station every few years—and are often deployed around the world, sometimes in very remote locales.

To deliver extraordinary service to the group, Mr. Gipson studied what differentiates USAA in the market and focused on where the gaps were in serving that audience. “[Our customer] relationships are largely built on the phone, through human contact,” he says. “We wanted to create the same level of empathy in our nonhuman channels.”

So Mr. Gipson concentrated his efforts on building innovative digital tools. For example, the team created a new mobile channel and experience for customers stationed on ships in the ocean where internet bandwidth can be low and loading time slow. “If you’re on a ship and only have 15 minutes on the computer, you have got to get in, take care of business and get off,” he says. “Technology has been a huge enabler of our ability to connect with our members when they’re moving within the U.S. or abroad on land or sea.”

“Technology has been a huge enabler of our ability to connect with our members when they’re moving within the U.S. or abroad on land or sea.”

Most initiatives Mr. Gipson pursues are evaluated against client-centric metrics like changes in Net Promoter Scores and customer engagement surveys, as well as reductions in call time and reduced incidences of fraud. His team is also judged on the volume of innovations it generates. Last year it delivered 1,200 new ideas to market in the form of new products, services and feature improvements.

Not every initiative is measured equally. For example, last year his team added voice prompts to USAA’s remote deposit app to make it more user-friendly for the visually impaired. The prompts let users know when a check is properly positioned to photograph. The feature served a very small percentage of the customer base, but it ties back to the goal of creating a great digital customer experience and, therefore, was deemed a success, he says. 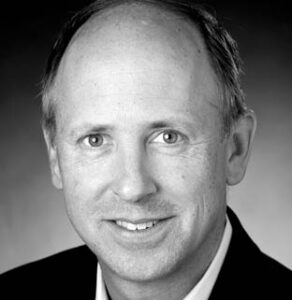 Mr. Pilc joined Pitney Bowes in 2013 during a time of major transformation. Once synonymous with postage meters and mailing services, the multibillion-dollar organization was reinventing itself as a global technology company. For his part, Mr. Pilc was tasked with generating long-term disruptive innovations that would differentiate the company well into the future. That core responsibility remains in place today.

While disruptive innovations give his team the freedom to be creative and innovative in whatever direction they see fit, Mr. Pilc has established “swim lanes” for them to stay within so ideas are always delivering against a piece of the business strategy. “It keeps them focused on and accountable to the greater good while giving them room to ideate and discover on their own,” he says.

A current strategic initiative, for example, aims to transform the client experience using internet of things technology. That led his team to develop SmartLink, which leverages a private cloud for postage meter data. Customers can automatically activate the meters with an app and sync with the Pitney Bowes’ Data Center to download postal rate updates, refill postage, update software and get user reports—all tasks that previously required manual intervention. “We didn’t get it right the first time,” he says. But through rapid prototyping and customer feedback, the team was able to turn that big idea into an award-winning product.

While Mr. Pilc is accountable for meeting project deadlines and helping the business units generate revenue as a result of these projects, it is customer feedback that carries the biggest weight and is the true test of how he and his team are doing. Every innovation is measured against two key customer measures: units sold and Net Promoter Score (NPS). SmartLink now ships more than 100,000 units per year and has driven Pitney Bowes’ NPS scores into the 80s. “It has transformed the client experience,” he says. “But we couldn’t have gotten to SmartLink without focusing on the long-term strategy.”