Whether it’s Citigroup or Nintendo, it’s all about reinventing the business model to better serve customer needs. 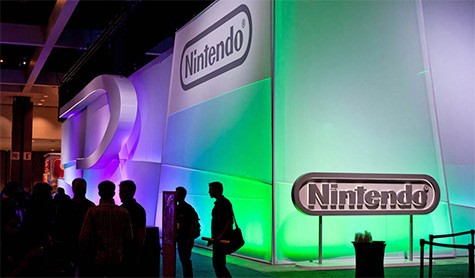 According to the Harvard Business Review, Citigroup went from being “the first true global ‘financial supermarket,’ and a business model to be envied, feared, and emulated” with a 2006 market capitalization of $274 billion to being worth less than $16 billion in 2009. Having lost $250 billion in value from its peak, Citigroup was forced to accept billions in government bailout funds to help reverse its downward spiral.

What happened? For starters, the economy sank into a recession during the 2007-2008 time period, creating an interbank credit crisis. Often called the worst global recession since World War II, the fallout resulted in high levels of household debt, trade imbalances, and a U.S. subprime mortgage crisis.  Sweeping legislative changes were also brought about by The Credit Card Accountability Responsibility and Disclosure Act of 2009 and The Dodd-Frank Wall Street Reform and Consumer Protection Act of 2010, effectively changing the rules of the game for the banking industry by impacting everything from marketing, underwriting, pricing, billing, and disclosure requirements. 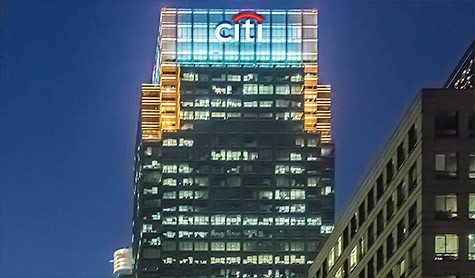 At the International Strategy & Investment Group’s 2011 Conference, Vikram Pandit, Executive Chairman of TGG and then Citigroup CEO, outlined three key steps Citi took to reinvent itself in response to sweeping economic and legislative changes. First, he explained that the company abandoned the “supermarket” model, opting to “get back to the basics of banking — taking deposits, making loans, focusing on clients, and supporting the real economy.” To raise cash, they divested a multitude of “non-core” businesses and assets to become leaner.  Second, Pandit notes that a number of adjustments were made to their business model to fi t with the new regulatory environment; and, third, remaining businesses were realigned with identified drivers for global growth, “particularly the rise of the emerging market consumer and the explosion in trade and capital flows within emerging markets.”

At Citigroup’s 2013 annual meeting, current CEO Michael Corbat commented on the company’s dramatic turnaround, noting “our third full year of profitability since the financial crisis,” with each core business showing positive momentum.  While he acknowledged that the “markets and a more favorable credit environment provided some wind at our backs,” he also emphasized the impact of improvements “through our own efforts,” which have resulted in continued gains in investment banking and growth year-over-year in loans and deposits in core businesses.

While reinventing the business model was a Herculean effort on Citigroup’s part, Greg Trueblood, a California-based Insigniam consultant, says that in most cases with “new business models come small adjustments in how an organization does business.”

Trueblood cites Dell as a classic example of a company introducing a totally new business model to create a true market disruption. “Dell only built a computer after it received a customer’s order,” versus stamping out thousands of standard systems. “That one key difference in how they fulfill customer orders opened huge revenue growth in an otherwise crowded space.”

He cites video gaming as another example. “Until the Nintendo Wii came along, most video game manufacturers competed on processing power. As game consoles became more powerful, manufacturers made less and less money on the consoles and more on the games through licensing. It evolved into a ‘give away the razor but charge for the blades’ strategy,” says Trueblood.

“Nintendo challenged this by asking one relatively simple question: ‘How can we make money on consoles?’ That question spurred them to create a new market of casual gamers [often, large families] with lowerpowered, easy-to-use game systems. That’s the whole idea behind business model innovation: small changes leading to big results.”

Whether spurred due to crises, as with Citigroup, or meeting strategic growth targets, like Nintendo, Trueblood says the fundamentals of business model transformation are essentially the same (click to tweet this!). “We use a Business Model Map. It outlines the major ingredients of an organization’s business model — including things like the manner in which it gets paid by customers, the value proposition it offers, the resources the business relies on, etc.”

The Business Model Map is a visual representation of business model innovation, Trueblood explains. “From these ingredients we can graphically describe the company’s recipe for success, and more importantly, find ideas for a new formula.” However, Trueblood offers a word of caution: “When you make one small change, such as how much a product costs or how customers interact with it, it impacts the rest of the business model.”

In some cases, customer needs have yet-to-be-articulated.  In the case of the iPad, for instance, Apple created a product customers didn’t know they needed until they experienced it (click to tweet this!).

The best way to identify customer needs — real or envisioned — is to form a team consisting of people from multiple business functions to dedicate quality time to brainstorming. The job of this team is to identify potential gaps the organization can exploit by creating a new business model that is value, customer, finance, and resource driven.

Once the “rough seas” were behind them, Citigroup emerged as a “much leaner company, one completely focused on serving clients,” restoring both its profitability and credibility.

Value-driven solutions create a whole new value proposition, much like the Dell example, based on consumer behaviors such as the desire to customize. Customer-driven solutions are all about filling a yet-to-be-addressed need, often creating a new target audience such as families (versus hard-core gamers) in the Nintendo example. Finance-driven innovations create new revenue streams, cost structures, and pricing mechanisms; Apple iTunes serves as a brilliant example. Resource-driven innovation originates from an organization’s existing infrastructure or partnerships to expand or transform the business model, which is where Citigroup would appropriately fall.

Because business models, and life, in general, are rarely linear, it is possible to see overlaps between the types of solutions, so it is best not to get too hung up in categorization. The main thing is to cleanly find the gaps to create new and innovative ways to serve customer needs.

In his address to the Wharton students, Pandit reflected on his early business experiences and noted, “There are two things that matter above all: integrity and quality (click to tweet this!). Was our work guided at all times by the best interest of the client? And, was it first class in every respect?” If so, he also emphasized the importance of sticking to your plan. “We had to be resolute in staying the course. We were second guessed from the outside — and sometimes from the inside — almost continuously. The temptation to swerve from the plan at times was overwhelming.” However, once the “rough seas” were behind them, Citigroup emerged as a “much leaner company, one completely focused on serving clients,” restoring both its profitability and credibility.