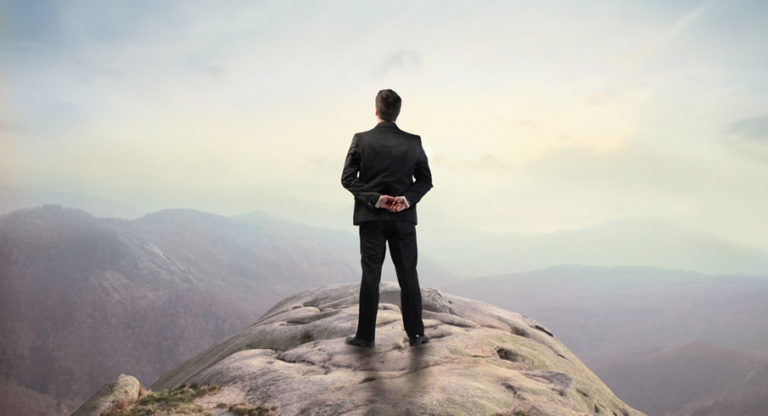 In my previous blog, we dismantled the established paradigms of leadership—title or position, characteristics and qualities, or the fact that leaders have followers—and illustrated how self-limiting these constructs can be for those who lead.

Given that paradigms can be invented and deconstructed, we created a new concept focused on transformation: Leadership as a Linguistic Phenomenon. We built a leadership development program for already effective leaders around this notion, “The Leadership Intensive.”

The Leadership Intensive is not founded on a set of characteristics, qualities, titles, or positions. As we studied the effective exercise of leadership in practice, we discovered something that the current paradigm overlooks completely: there are certain types of conversations that leaders engage in.

These are committed conversations. The first of these we call “taking a stand.” Simply put, leaders stand for something, and they are public about that commitment. What a leader stands for is an unpredictable future that, often, no one else will bet on. Over the past several weeks, we have seen business leaders like Starbuck’s Howard Schultz, and Apple’s Tim Cook taking stands on what-would-be-considered social issues.

This concept is different than looking to someone’s title as a conduit for authority or leadership. One can take a stand in any job and any position Regardless of the pecking order, the ability to stand for an unpredictable future is the start of effective leadership. But it is only the start.

Leading shows up in action. American philosopher and Berkeley professor, John Searle, said that promises and requests are linguistic actions. Leaders make promises for big results, like John F. Kennedy promising to put a man on the moon. And they make big requests of others, like Jack Welch, asking GE’s executives to take each of their businesses to the top of their industries. Having taken a stand, promises and requests are essential tools in a leader’s tool kit.

As Werner Erhard and Michael Jensen* wrote in the winter 2013 edition of Insigniam Quarterly, how those leadership conversations are conducted is equally important. Speaking and acting with integrity, responsibility, and authenticity are foundational.

Leaders promise organizational goals that are beyond what is predictable and inspire and move others to authentically take on those goals as their own commitments. Their legitimacy as leaders comes from acting consistent with—and delivering on—what is stated in their declarations, missions, visions, values, and credos.

Lastly, when leaders take action, they make sure that their actions speak and resonate. Leaders’ actions teach and inspire others to achieve results beyond what that person or organization could attain on their own.

In this way, leadership is a liberating practice; free of the handicaps of yesterday. And much like a scientist who just experienced a paradigm shift, the world looks very different for leaders open to a new way of thinking.