U.S. Bank Wants to Do the Right Thing

It was a massive increase from just 28 failures in the preceding two years, underscoring the extent to which overleveraged companies had chased the U.S. housing boom onto thin ice. U.S. Bank was among the few large U.S. banks that never left shore—it did not relax its lending standards and it maintained trust with customers. As the Great Recession brought much of the economy to its knees, U.S. Bank maintained a strong balance sheet. The Minneapolis, Minnesota-based company was named one of the world’s safest banks by Global Finance magazine in 2009.

It is that reputation that Kate Quinn is tasked with protecting one decade later. As vice chairman and chief administration officer, she manages U.S. Bank’s strategy, culture and reputation amid increased scrutiny from various stakeholders. In the aftermath of the financial crisis, regulators, investors and consumers have higher expectations—about balance sheets, transparency and purpose.

“Times have changed for CEOs—all leaders, for that matter. People expect companies to do what is right Click To Tweet,” Ms. Quinn says. “The bar is set even higher for financial sector CEOs.” Being an ethical company is the most important trait that every stakeholder—customers, employees, investors—looks for, she told American Banker in 2017.

Ms. Quinn could see U.S. Bank had a strong culture of ethics when she arrived in 2013. Although spread across the country, employees clearly understood and embodied these values. But there was no formal mission statement or purpose that could serve as a central reference point.

“It was such a different and unique culture, but there wasn’t a set of words or unifying principles that everybody looked to for guidance,” Ms. Quinn, who started at the bank as chief strategy and reputation officer, told American Banker.

So one of the first things she did with the executive team at U.S. Bank in 2013 was formalize the company’s values. Five core principles emerged, such as “We do the right thing.” The purpose statement that followed—“We invest our hearts and minds to power human potential”—helped drive a series of branding and culture-building efforts.

Ms. Quinn says culture is powerful because it is everywhere inside a company. “It is literally everything that you do. It is in every aspect of how you manage your employees and your relationships with your customers,” she told American Banker. She is keenly aware of how the strength of a company’s culture can directly support its external reputation. As chief administration officer, she has a multifaceted mandate: to align the bank’s culture and reputation with its values and strategic priorities. That is no easy task at the country’s fifth-largest bank, which boasts 74,000 employees and nearly 19 million customers.

The first step toward internal and external alignment is listening. Ms. Quinn has set up comprehensive feedback channels, such as reputation surveys her team sends out every quarter. These surveys go to customers, industry influencers, employees and other stakeholder groups to gauge how they perceive the bank.

She shares the results of quarterly surveys with the rest of the C-suite and board members. It is key for executives to be directly involved in the trust-building process, she says, noting that U.S. Bank CEO Andrew Cecere reads every email he receives and either personally responds or asks the appropriate person to do so. Ensuring executives are part of these conversations helps customers feel connected to leadership, which builds brand equity. “It is important that leaders don’t get insulated from the reality of their reputation,” she says. 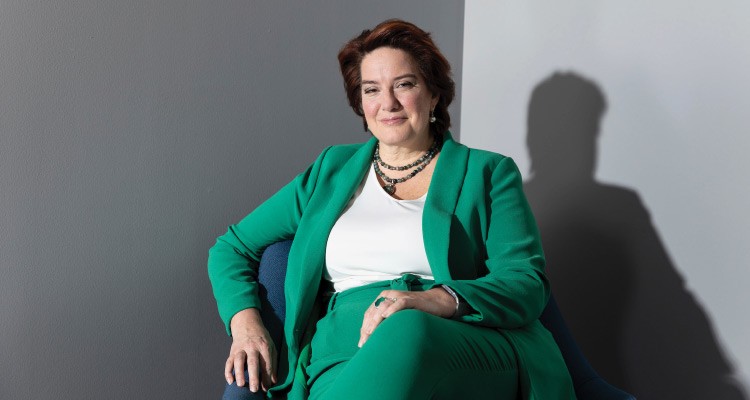 It is also important that efforts to tie a company’s reputation to its values do not smack of marketing ploys. Ms. Quinn’s team works assiduously to avoid being seen as inauthentic. “You can take action that aligns with your values as a company quietly—without getting on a pedestal,” she says.

An example of this is back in 2017. On New Year’s Day, protesters interrupted a football game at Minnesota’s U.S. Bank Stadium to demand the bank completely divest from the Dakota Access Pipeline, a controversial project to transport shale oil across Native American land. Many demanded immediate public action from the bank. A press release would have been simple—but that was not Ms. Quinn’s strategy.

While managing public reaction to the bank, her team met with the bank’s oil and gas customers to provide feedback from shareholders and customers regarding the way some companies were treating protesters on planned pipeline sites. Her goal was to encourage them to look for more environmentally responsible solutions that could lessen the harm to the region’s water and sensitive native sites.

But U.S. Bank never publicized these meetings. “We shared that feedback and our perspective on those actions,” Ms. Quinn says. “I’d like to think that providing that perspective—outside the usual feedback loop they are in—affected their decision to discontinue those activities.”

In April 2017, U.S. Bank announced it would stop providing project financing for construction of oil and gas pipeline projects—the first bank to do so in the United States. In addition, the bank committed itself to strongly considering any oil or gas pipeline company’s environmental record before doing business.

“It isn’t always a clear yes or no situation. But we want to make sure that business is conducted in a way that keeps our customers, communities and employees safe,” Ms. Quinn says. “We strive to conduct our business in a manner aligned with our core values. You need to build trust every day, in everything you do.”

The economic headwinds are strong in Latin America.

In July, the International Monetary Fund slashed its 2019 growth forecast for the region by more than half, from 1.4 percent to just 0.6 percent. Meanwhile, Brazil and Mexico—Latin America’s largest economies—were not far from falling into a recession in the second quarter of 2019. 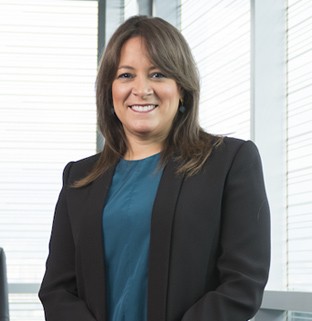 Ms. Orozco, who worked as an economist for the national government before taking on her current role, had a front-row seat to her country’s economic fragility during the 2008-2009 global recession. That experience taught her to keep a level head—and be proactive, not reactive.

With a downturn appearing more and more likely, here is how Ms. Orozco and the executive team at Grupo SURA are strategically growing the company’s portfolio of investments:

Identifying opportunities in the recession. Ms. Orozco meets regularly with chief risk officers across the company to identify the challenges the company faces and new prospects that could come from them. “We constantly analyze our strategic risk exposure and the strategies to mitigate them,” she says. “We’re always looking at the trends that might be advantageous for us and the ones that can present risks.”

For example, Ms. Orozco says she and the rest of the leadership team are currently looking to increase the company’s offerings to small and medium enterprises by providing regulatory and financial management services that might help them better prepare for a recession. “We are looking at new ways to approach what the customer needs and how we can help them grow,” she says.

Pushing ahead on innovation. Internally, the group has an innovation team that identifies ways to grow the business while tackling arising challenges, like competition from fintech startups armed with disruptive technologies. “I think one of the most important risks that the industry has is all these tech companies coming around now,” she says. In response, “we are creating new companies that are able to guarantee the sustainability of our investment portfolio.”

These new investments include WeSura, a collaborative insurance platform that enables people to insure their assets by pooling risk among friends. Further, the company is investing in game-changing ideas through its SURA Ventures initiative ($34 million over the last two years). One of its investments is San Francisco-based startup Zendrive, which tracks drivers through mobile sensor data in order to improve insurers’ loss ratios.

Investing in people. Grupo SURA is uniting the talent pool across its companies into a single human resources system that each unit can access and use wherever needed. This ensures that its companies are relying on the right people, while also discovering value and opportunity that might have been hidden all along. “It will allow us to identify more possibilities for work that we can do together and to learn from each other,” she says. “This is a service business, and human resources is a big part of it.”

This article appeared in the Fall 2019 issue of Insigniam Quarterly, with the headline “Do the Right Thing.” To begin receiving IQ, go here.