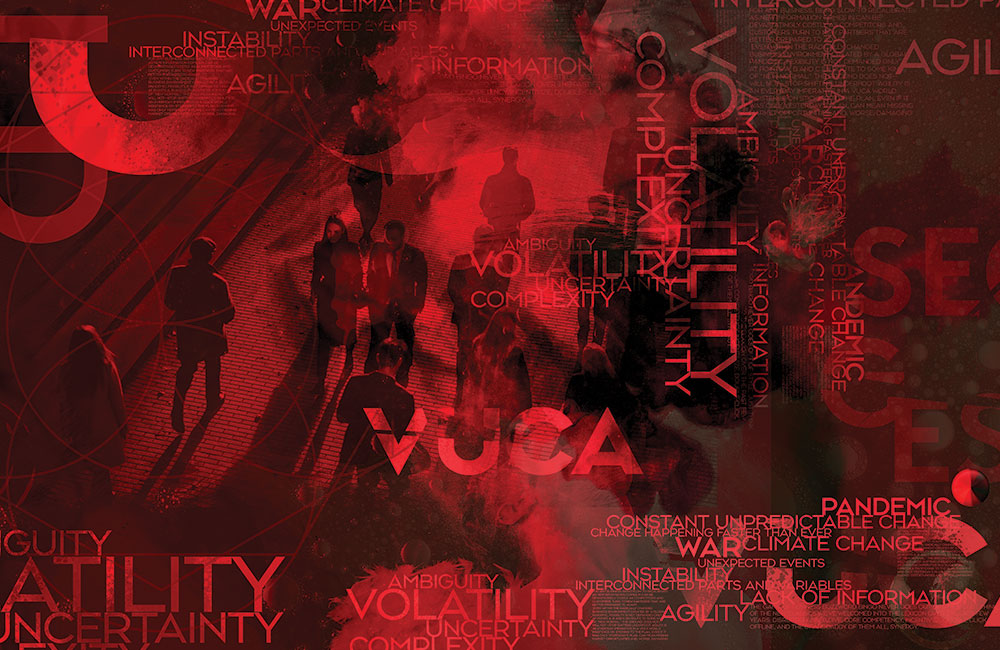 VUCA is more than the latest business buzzword. It’s the perfect term to describe a world increasingly roiled by the pandemic, social unrest, war, violence, and economic instability.

The term was coined at the U.S. Army War College in the 1980s to describe the global volatility, uncertainty, complexity, and ambiguity—i.e., VUCA—that followed the twilight of the Cold War. Soon after, the term was adopted by the business world as shorthand for the myriad shifting factors in a dynamic, increasingly interconnected world.

While the Cold War was a period of sustained tension, the actors and the broad balance of global power were well understood, explains Insigniampartner Jon Kleinman, who has more than 20 years of experience in consulting Fortune 500 companies and leads the Learning & Development team. But that balance ended with the dissolution of the Soviet Union on December 26, 1991.

“If you think about the complexities of the massively interconnected world in which we operate, things get really complex really fast. Every connection adds complexity. Every connection is a possible point of failure, which can lead to vulnerability.”

Which means, he says, that understanding VUCA leadership is now an essential element of leading any organization that is trying to do something significant.

In a VUCA world, Mr. Kleinman says, it’s a mistake to assume that events will unfold in a linear fashion. That means it’s also a mistake to attempt to lead in a linear way through complex and unpredictable events ranging from war to the next pandemic.

This is where it’s helpful to look at the world through a VUCA lens. Which factors are complex, meaning there are many variables but most are ultimately understandable? Which are ambiguous, suggesting that few precedents exist and causal relationships are unclear? Which are volatile, meaning they’re understandable but subject to instability and unexpected change? And which are uncertain, implying a lack of information?

“Where there is a lack of distinction,” says Mr. Kleinman, “there’s a lack of power.”

This means that a broad perspective on the world is essential to VUCA leadership. “You read The Wall Street Journal, Fortune, and Business Week,” he says. “But read beyond that, about global politics and the world of art and literature.” Go beyond the expected media intake of a business leader, and you’ll gain a wider perspective on the unpredictable events of a VUCA world.

When considering volatility, uncertainty, complexity and ambiguity, it’s essential to think about your objectives. But beyond that, be courageous and adaptable and think about all the things that could get in the way of those objectives. How would you pivot if these things happened? —Jon Kleinman

Mr. Kleinman cites Delta Air Lines as having benefited from this VUCA leadership perspective during its merger with Northwest Airlines. There were many VUCA elements at play as two very different organizations came together, from how they spent money to where they focused on the future.

The merger could have been driven by linear thinking, says Mr. Kleinman, dwelling on practical aspects, like newlyweds asking, “Whose furniture are we going to keep? Whose parents do we spend holidays with?”

But in navigating its merger, Delta looked beyond the expected and decided to emphasize understanding business from the perspective of its passengers. This customer-centric approach focused on health policies and greater flexibility in changing bookings, helped give the company a competitive advantage during the COVID-19 pandemic.

These efforts helped establish Delta as the only major U.S. airline to be profitable across the second half of 2021. 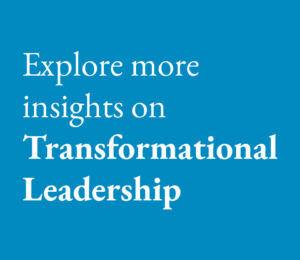 “What Delta got good at was looking not just at things that would probably happen, but also at things that could happen,” says Mr. Kleinman.“Whether bad weather comes in February, March, or April, it’s going to happen and it’s going to disrupt their planning. Having their powder dry, so to speak, and having money and capital on hand have been key.”

When considering volatility, uncertainty, complexity and ambiguity, Mr. Kleinman says, it’s essential to think about your objectives. But beyond that, he says, be courageous and adaptable and think about all the things that could get in the way of those objectives. How would you pivot if these things happened?

When leaders don’t have the courage to look beyond the expected, Mr. Kleinman says, that’s when they are “lulled to sleep.”

As an example, he cites the impact of mobility as a service (MaaS) companies such as Uber and Lyft on the taxi business.

“How did the taxi industry deal with Uber and Lyft for the first 10 years?” he asks. “Well, they tried to squeeze city councils and county commissions to ban them.” That didn’t work. As a result, startups like these nearly crushed a once-dominant industry with something that simply worked better.

This is what happens, Mr. Kleinman says, when leaders are guided by the myopic perspective that there’s only one way to do things, and ignore the reality of a VUCA world rife with potential change. The taxi industry should have more readily prepared itself for competition, even if it didn’t know what form that competition might take.

Mr. Kleinman gives another example of failing to prepare for a VUCA world: a global consumer goods company that had not changed its supply chain approach in decades, despite increasing known and unknown changes taking place in the world around it. It had a single big distribution center that could be devastated by a single climate event such as a tornado, and relied on suppliers in China that could one day say they no longer have access to a certain part. “And that would be the end of that,” says Mr. Kleinman. “Holy smokes.”

Risk and Reward in VUCA Leadership

“As human beings, we tend to experience life as patterns. We get used to things. We are creatures of habit. But if you’re not telling yourself that things are in constant change, you’re basically lying to yourself. It takes courage to look beyond what’s already working. This is what lulls us to sleep. We have to ask, ‘How would we adapt to this? How would we shift to that? If a critical client leaves us, how will we adapt to that?’ These are all the kind of conversations that forward-thinking leaders must have.”

And there’s one more critical aspect to VUCA leadership: Staying agile and taking action as soon as necessary.

“Action is the only thing that makes a difference. Just seeing and understanding isn’t enough,” says Mr. Kleinman. “You must have a vision. You must be on your toes. Having agility and the ability to respond to change is the most important thing.” Nothing ventured, nothing gained. Amid all the variables, it’s at once that simple and that complex.

This article appeared in the Summer 2022 issue of Insigniam Quarterly with the headline “Navigating a VUCA World.” To begin receiving IQ, go here.